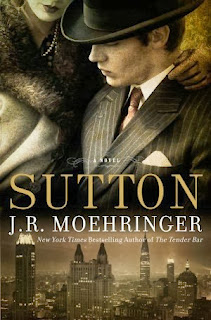 SUTTON by J.R. MOEHRINGER (Hyperion) a novel (2012)
The story begins on Christmas Eve 1969. Willie 'The Actor' Sutton has just been given his pardon by New York Governor Nelson Rockefeller. Willie Sutton was an actual person –the most famous bank robber of the 1920's and 30's (and perhaps ever). His reply to the question of why he robbed banks “Because that's where the money is” has become known as Sutton's Law-- a modern Occam's Razor used by medical schools and others.

The novel tells his life in a mix of modern (1969 modern) and flashback stories. Waiting for Willie on his release are A Reporter and A Photographer (that is all Moehringer calls them). The Reporter wants the big scoop on who killed Arnold Schuster. Willie was famous for not shooting in his bank robberies yet he was convicted of killing Arnold Schuster in retaliation for ‘ratting’ him out. Everyone knew Willie hated a rat. But before Willie would give them their scoop he insisted on taking them on the 'nickel' tour of his life. Each stop on the tour is a touchstone for Willie as he relives and recounts these seminal moments. Some of the scenes of Willie in prison (which I take are true) reminded me of scenes from Stephen King's Rita Hayworth and the Shawshank Redemption! There is also romance in the story, as Willie loves a woman above his ‘station’ and she loved him back--but there are many obstacles in the way of their truly getting together.

One on the constant themes in the novel is the plight of Americans during tough financial times-- whether it was the recession of 1908, or 1915, or the difficult times of the Roaring 20's (which were only roaring for the well-to-do) or of course the Great Depression-- and how the ones who seemed to get away scot-free from the crime of causing the hard times are the rich; and how the super-rich get richer, making the case for Sutton as a kind of Robin Hood.

So aside from a super novel that is suspenseful, and at times romantic, it is a hard to put down storytelling; it also has lots to say about our modern situation. There are certain conceits in the novel --and they are twisted at the end-- but I bought it all, hook line and sinker. This is a book that sucks you into the story almost right from the start. In my mind, it deserves to win a big literary prize, be it a Pulitzer, National Book Award, Booker, or whatever.

As a reporter for the Los Angeles Times, J.R. Moehringer was twice nominated for a Pulitzer, the first time in 1998, and he has received the award, two years later, "for his portrait of Gee's Bend, an isolated river community in Alabama where many descendants of slaves live, and how a proposed ferry to the mainland might change it". SUTTON is his first novel. He also published The Tender Bar: A Memoir (Hyperion) in 2005. 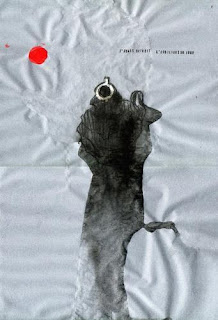